Skip to Main Post Skip to Pages Menu About Us Skip to Menu by Month
Courtesy of: Joseph Penge, D.C. 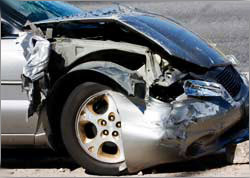 To understand whiplash injury and treatment, it is most important to know the answers to these three questions:

Astonishingly, the answer to all three questions is the same:

The tissues in and around the spine, including but not limited to the facet joints and the tissues of the disc joints

Consequently, it is inevitable that some whiplash-injured patients will develop chronic pain and that chiropractic is often the best management choice for these patients.